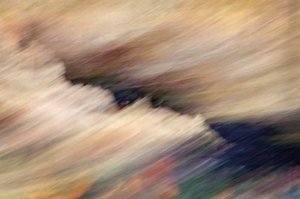 An essay by Sergio Muscat, Malta

As they say, a structure is only as strong as its weakest link, and unfortunately the musical composition was what took the whole concert down in this case. I had an inkling about what I was about to hear, but I didn't fathom the extent of its gravity. As I settled into my seat, I read the programme, and in it was the composer's statement on his musical piece.

As I read, I increasingly dreaded what was to come next. The composer stated (and here I paraphrase) that there are few pieces of intense musical complexity written purely for brass bands, ones which do not require a special arrangement or adaptation. This statement shocked me in numerous ways.

I am no musical expert by any means, however, I very much enjoy classical music, and particularly scores from films.

Over the years I have heard a few pieces which although performed by orchestras, were written essentially for the brass sections of such. This point aside, the main statement which concerned me was the apparent belief that grandiosity is proven through complexity. 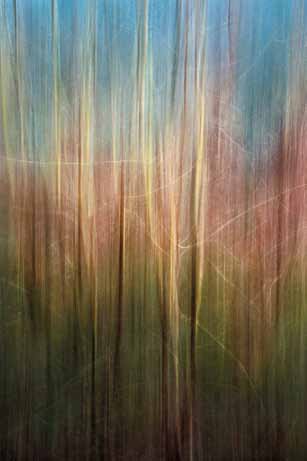 I believe this statement not only to be wrong, but also an insult to creativity. Over the years, I have come to believe that the most difficult thing to achieve within any creative field is simplicity - be it a product, a piece of music or a work of visual art. Picasso said that the most difficult thing for an artist is to become a child once again. Children have no concept of complexity - they have nothing to prove to theworld and to themselves, and that gives them the freedom to be nonconformists, to colour outside of the boundaries, if you will. It is when we start forcing them to stick to the boundaries society has created, that we kill creativity. This pressure to conform persists throughout our adult life, making it ever more difficult to think and act outside of the box which society has built around us. One of the sides of this box says that we need to continually prove ourselves, and written under it, in bold, is a rule that states that in order to do this, we need to show others that we are capable of doing things they can't, with as much fanfare as possible. This means that if you're good enough, you need to make stuff that is complex; and in order for others to see how good you are, you need to make sure it feels, tastes, smells, sounds and appears complex.

In reality, it is this mentality that is completely destroying not only contemporary art, in all its shapes and forms, but also society itself. Our need to prove ourselves and do great things, together with the need to shine in the eyes of our peers is driving us towards a world where complexity is king - where no one is really able to understand what anyone else does, because the message is buried under countless cryptic layers. The fact is that we are all missing the point - big time. Really and truly, the great people who will forever be remembered in history are those who were able to do exactly the opposite - genius is when one is able to hide unimaginable complexity under a veil of sheer simplicity.

One of the persons who has managed to do this in recent history is Steve Jobs. He has reinvented products which nobody had been able to make successful before him, just because he believed in simplicity. The simplicity of his products does not make them any less complex than the labyrinths that are his rivals - if anything, one would usually need to add more underlying complexity to make the surface simpler - it just makes them better, easier to use, intuitive and, at the bottom line, best sellers; because everyone understands them. In one of his interviews, he said, "we make progress by eliminating things; by removing the superfluous." This process of elimination was a fixation for him. He would spend hours, days, months, mulling over each detail of each project, trying to make things simpler. The extent to which he achieved this was such that on one occasion, an illiterate child in the midst of a rural farm in Colombia was able to use one of the most recent and more complex products within seconds of getting hold of it, and with no instruction at all. That is nirvana.

This whole concept just hit home while I was sitting in the audience, listening to what sounded very much like the hour-long agony of a dying cat. I felt for the performers, who did their utmost to make the best out of what sounded like a bunch of randomly dissonant and completely unintuitive notes. It was incredibly difficult to perform, but the fact is that the bravura of the band and choir had already been proven before the disaster began. In fact, prior to this, the John Powell piece Hymn to the Fallen was performed. It is a fantastically beautiful piece, ripe with emotion, very easily delivering the message it was designed to carry. Listening to this piece carefully, one will notice the intense complexity of the music, however, once you take a step back and take it in as a whole, it just merges together seamlessly - and as happens with everything that is great, it 'just works'.